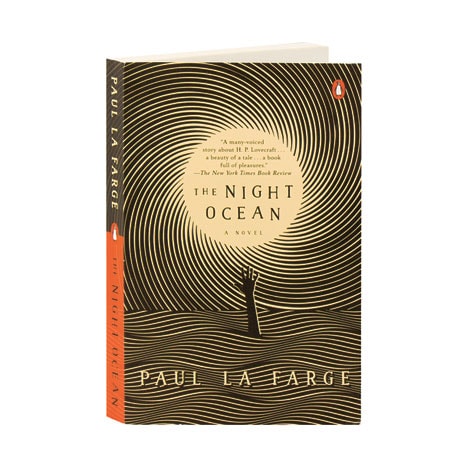 Charlie Willett has become obsessed with legendary horror writer H.P. Lovecraft, and particularly with an episode in the summer of 1934, when the "old gent" lived for two months with a gay fan named Robert Barlow. Were they friends—or something more? Just when Charlie thinks he's solved the puzzle, he disappears. The police say it's suicide, but his wife Marina, a psychiatrist, doesn't believe them. Paul La Farge's novel follows Marina's quest, through the lives of Lovecraft; Barlow (a scholar of Mexican culture who killed himself after being blackmailed); his student, future Beat writer William S. Burroughs; and a Canadian appliance salesman who knows the origins of Lovecraft's diary, The Erotonomicon.