Bringing Mulligan Home: The Long Search for a Lost Marine 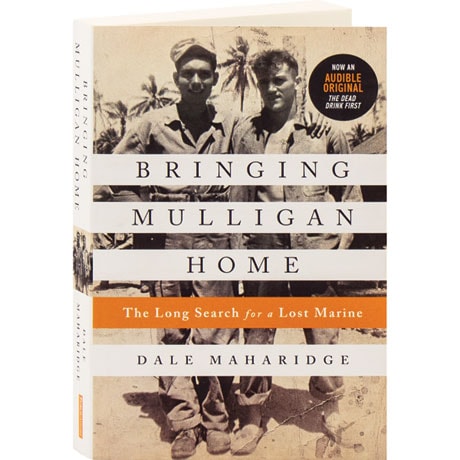 Bringing Mulligan Home: The Long Search for a Lost Marine

Returning from World War II, Sergeant Steve Maharidge was an angry man who was reluctant to speak about those years. For a long time, the only evidence that remained of his service in the Marines was a photograph of himself and a buddy that he tacked to the basement wall. When his son, Dale Maharidge—the Pulitzer Prize winning author of And Their Children After Them—set out to discover what happened to the friend in the photograph, he found that wars do not end when the guns go quiet. In this illustrated chronicle, Maharidge writes eloquently of how we remember our wars, how soldiers form lasting brotherhoods, and the challenges of being a veteran's son.