Good And Mad: The Revolutionary Power of Women's Anger 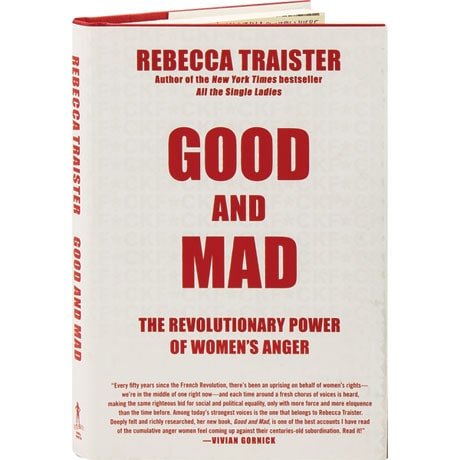 Good And Mad: The Revolutionary Power of Women's Anger

In this polemic—a Best Book of 2018 for the Washington Post, NPR, and Elle magazine—National Magazine Award winner Rebecca Traister tracks the history of female anger as political fuel, from suffragettes marching on the White House to office workers vacating their buildings after Clarence Thomas was confirmed to the Supreme Court. Traister explores the anger of women at both men and at other women—anger between ideological allies and foes, the ways anger is perceived based on who owns it, and how female anger is caricatured and delegitimized. She highlights the double standard perpetuated against women by all sexes, and how the galvanizing force of their collective anger can change history.