The Impossible Presidency: The Rise and Fall of America's Highest Office 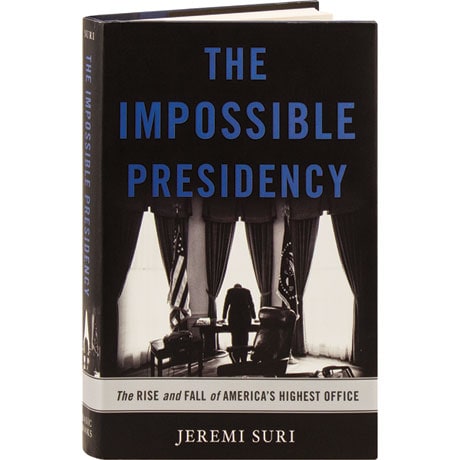 The Impossible Presidency: The Rise and Fall of America's Highest Office

Historian Jeremi Suri charts the ascendancy and decline of the world's most important office, from the 1790s to the present day. Earlier presidents expanded their power—Washington took charge of the nation's foreign policy, Jackson spoke directly to the common people, Lincoln linked war with democracy, and FDR expanded the government to combat economic disaster. Yet Kennedy, Johnson, and Reagan were buffeted by events and lost their agendas, while those of Clinton and Obama were hamstrung by partisan impediments. The modern presidency, says Suri, is a job almost impossible to fulfill, and he traces our disenchantment with recent presidents to their inability to overcome the structural limitations of the office.