The Sultan And The Queen: The Untold Story of Elizabeth and Islam 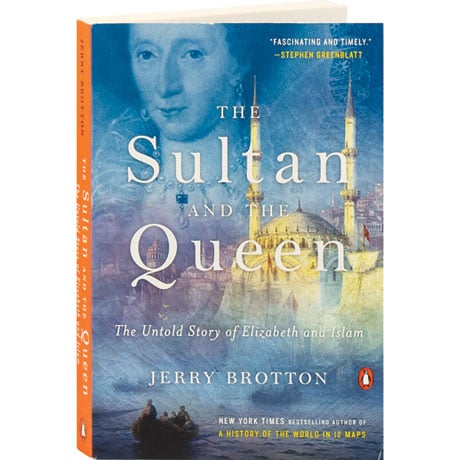 The Sultan And The Queen: The Untold Story of Elizabeth and Islam

No global power, England was a tiny and rebellious Protestant island on the fringes of Europe when Elizabeth I took the throne in 1558. Broke and under siege by the papacy and Spain, the young queen sought assistance from the great Muslim powers, sending an emissary to the Shah of Iran, wooing the king of Morocco, and forming an alliance with the Ottoman Sultan Murad III, with whom she shared a lively correspondence. In his follow-up to A History of the World in Twelve Maps, Jerry Brotton tells the largely unknown yet riveting story of Britain's first steps toward the East, paving the way for the empire to come.