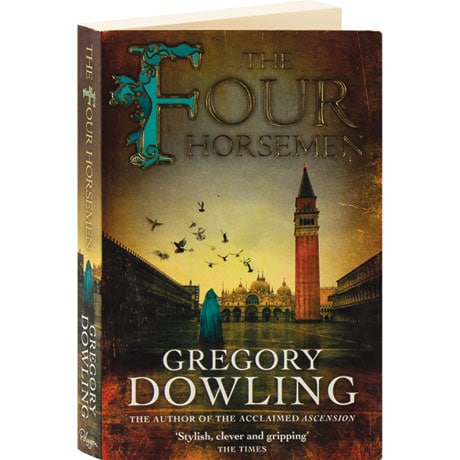 Tour guide Alvise Marangon thinks he knows Venice better than ever, but what he doesn't know could hurt him. Certain that he is finally about to have his guide's license revoked after a tavern brawl, Alvise is instead dragooned into the service of Missier Grande, who has linked the death of one of his agents to a secret society known as the Four Horsemen. Every attempt that Missier Grande makes to investigate the matter is blocked by forces on high, and now Alvise is the one who finds himself led on a tour, at any turn of which could lie a fresh corpse or an ancient conspiracy. Beautifully evoking 18th-century Venice, this follow-up to Ascension draws on historical research and Gregory Dolwing's impressions as a longtime resident of the city.