A Museum At War: Snapshots of Life at the Natural History Museum During World War I 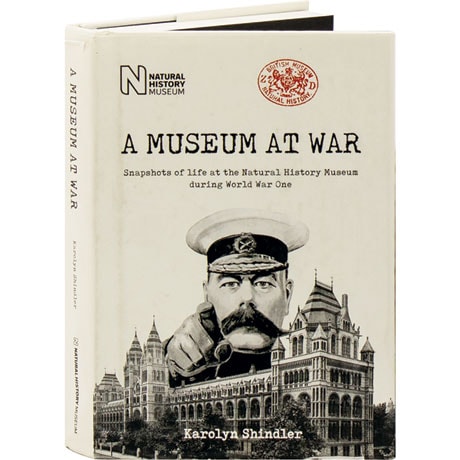 A Museum At War: Snapshots of Life at the Natural History Museum During World War I

For Britain's Natural History Museum, the Great War brought unimagined change; with routine work suspended, 61 members of staff served in the military, and 13 did not return. The museum was far from idle, however. As Karolyn Shindler explains, its scientists are consulted on a huge range of issues: airship construction, how protective coloration in nature can be used to devise camouflage, the roles of whales and seagulls in anti-submarine warfare, and how to protect soldiers from the potentially deadly dangers of mosquitoes, flies, and lice. Drawing from the scientists' monthly reports to trustees, Shindler sheds light on a little known but effective tool in Britain's arsenal.