Thomas And Beal In The Midi 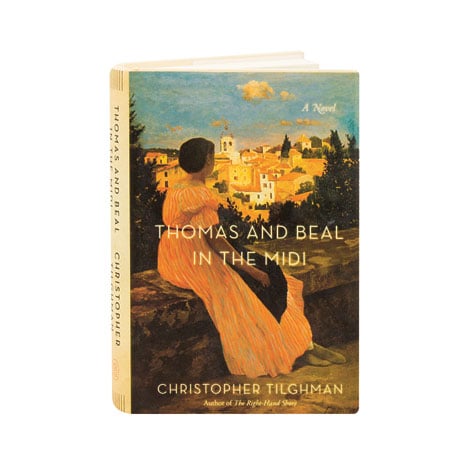 Thomas And Beal In The Midi

Escaping the laws and prejudices of post-Reconstruction America, Thomas Bayly and his wife, Beal, have run away to France. Resuming the saga begun in 1996's Mason's Retreat, Christopher Tilghman follows Thomas and Beal to Paris's Latin Quarter, where beautiful and poised Beal enchants everyone she meets, including a gaggle of artists. Later, when they've moved to rugged Languedoc to begin a new life as winemakers, Beal is torn between the freedoms she experienced in Paris and the possibility of a return to the farm life that she thought she had left behind in America.

"Lushly written.... Tilghman's prose can be seductively lovely, and he creates engaging, often surprising characters.... A sensitive and satisfying portrait of a marriage."—Kirkus Reviews