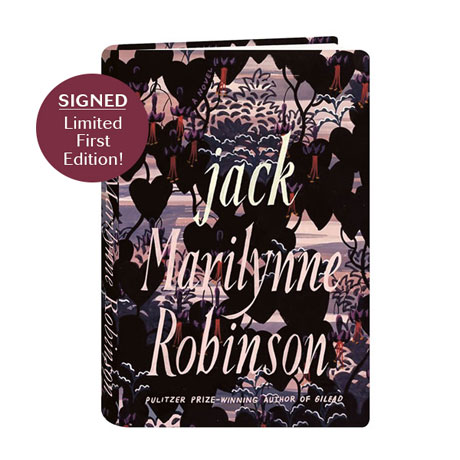 Concluding the saga that began in the Pulitzer Prize winner Gilead and continued in the National Book Award finalists Home and Lila, Daedalus favorite Marilynne Robinson here tells the story of John Ames Boughton, prodigal son of Gilead's Presbyterian minister. His romance with Della Miles, a high school teacher who is also the daughter of a St. Louis preacher, is both unexpected and star-crossed, as their interracial romance is illegal in 1950s Missouri, and it will require sacrifices from both of them if it is to endure. Named a Best Book of the Year by the New York Times, London's Guardian, and NPR, this thought-provoking, deeply spiritual novel resonates with all the paradoxes of American life, then and now. We are pleased to offer it in a first edition with a tipped-in plate autographed by Robinson.

"Robinson's stellar, revelatory fourth entry in her Gilead cycle ... is a beautiful, superbly crafted meditation on the redemption and transcendence that love affords."—Publishers Weekly (starred review)