The Wonderful Wizard Of Oz 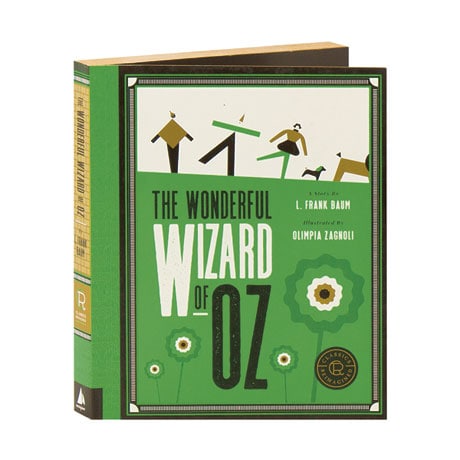 The Wonderful Wizard Of Oz

This Classics Reimagined edition presents L. Frank Baum's timeless tale in an entirely new light. Italian illustrator Olimpia Zagnoli (whose work has often appeared in the New York Times, The New Yorker, and Marie Claire) gives Oz a lighthearted yet modernist setting with bold geometric motifs throughout, using a simple palette of green, black, and metallic gold. The familiar story reveals unexpected details—at times rather different than the musical film—and proves to be a saga for grownup minds as much as for children.