Sacred Gifts And Worldly Treasures: Medieval Masterworks from the Cleveland Museum of Art 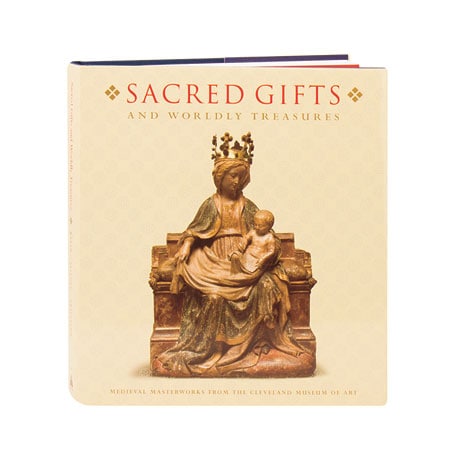 Sacred Gifts And Worldly Treasures: Medieval Masterworks from the Cleveland Museum of Art

From the solemn spirituality of a 9th-century Byzantine icon of the Virgin to the exalted frivolity of a 14th-century French table fountain, this book surveys the Cleveland Museum of Art's impressive collection of more than 1,000 years of European culture. Shown primarily in full-page photographs with corresponding texts, the impressive trove of 114 objects here includes aristocratic Roman busts, an exquisite belt buckle from Visigothic Spain, an illuminated page from a Greek psalter, a pilgrim's terracotta flask from Egypt, a painting by Lucas Cranach the Elder, an ornate crossbow, suits of armor, and an astonishing series of marble sculptures depicting scenes from the Book of Jonah.