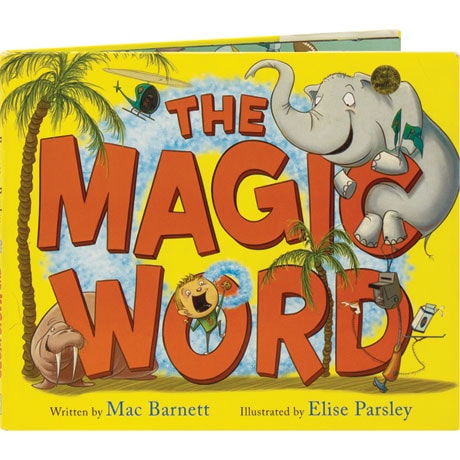 When Paxton C. Heymeyer's babysitter tells him to say the magic word, she of course wanted him to say, "Please." As it turns out, "alakazoomba" is also a magic word, and it enables Paxton to make mischief on the grand scale, in this zany tale for readers 4 to 7 by the author of Sam and Dave Dig a Hole. The unfortunate babysitter could never have imagined that a walrus would be chasing her, an elephant is in the living room playing cards, and a full water park and moat have just appeared in the front yard—and that's just the beginning. Action packed and absurd in the best sense of the word, Elise Parsley's digital illustrations are pure joy.