The Retreat Of Western Liberalism: With a New Afterword 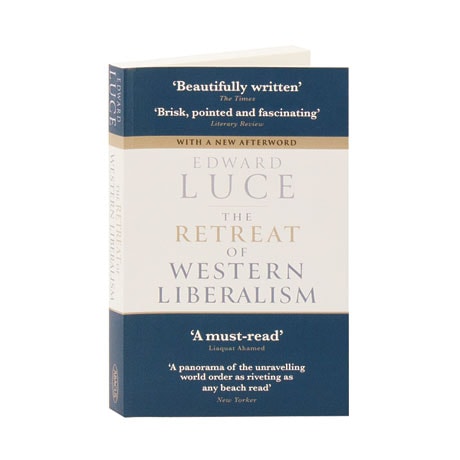 The Retreat Of Western Liberalism: With a New Afterword

Unless the West can rekindle an economy that produces gains for the majority of its people, argues Edward Luce, its political liberties may be doomed. In this timely critique, Luce posits that we are on a menacing trajectory brought about by ignorance of what it took to build civilization as we know it, arrogance towards society's economic losers, and complacency about our system's durability—attitudes that have been emerging since the fall of the Berlin Wall. We cannot move forward without a clear diagnosis of what has gone wrong, and here Luce makes the case that we are letting enlightenment values give way to aggressive nationalism and isolationism.