The Secret Token: Myth, Obsession, and the Search for the Lost Colony of Roanoke 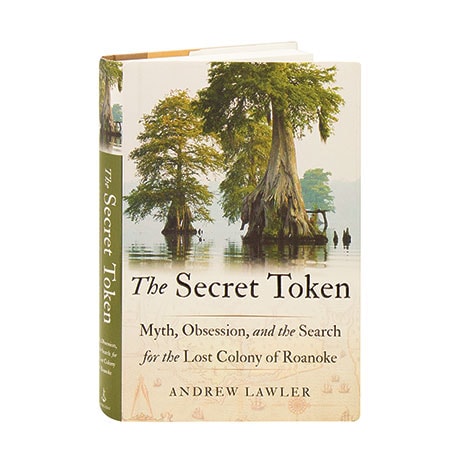 The Secret Token: Myth, Obsession, and the Search for the Lost Colony of Roanoke

In 1587, settlers arrived at North Carolina's Roanoke Island, establishing England's first foothold in the New World. But when the colony's leader, John White, returned to Roanoke from a resupply mission, these 115 men, women, and children were nowhere to be found; they left behind only a single clue: a "secret token" carved into a tree. What happened? For 400 years, that question has consumed historians and amateur sleuths, and here the author of Why Did the Chicken Cross the World? sets out to unravel the enigma of the lost settlers. In the course of his journey, Andrew Lawler encounters a host of characters obsessed with the colonists and their fate, and he ponders why the Lost Colony continues to haunt our national consciousness.