The Problem Of Democracy: The Presidents Adams Confront the Cult of Personality 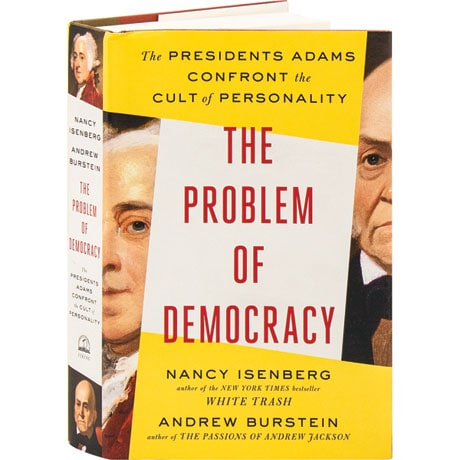 The Problem Of Democracy: The Presidents Adams Confront the Cult of Personality

John and John Quincy Adams were brilliant, prickly politicians and arguably the most independently minded among leaders of the founding generation. Distrustful of blind allegiance to a political party, they brought a healthy skepticism of a brand-new system of government to the country's first 50 years, a worldview lacking the seductive appeal of political celebrities Thomas Jefferson and Andrew Jackson. Here the author of White Trash teams with Andrew Burstein to recount an intimate family drama that brings out the torment and personal hurt caused by the gritty conduct of early American politics, while validating the Adams' belief that the nation would be vulnerable to the influence of demagogues.

"A top-notch dual biography.... An unsettling yet well-presented argument that the failures of John and John Quincy Adams illustrate a disturbing feature of American politics."—Kirkus Reviews (starred review)