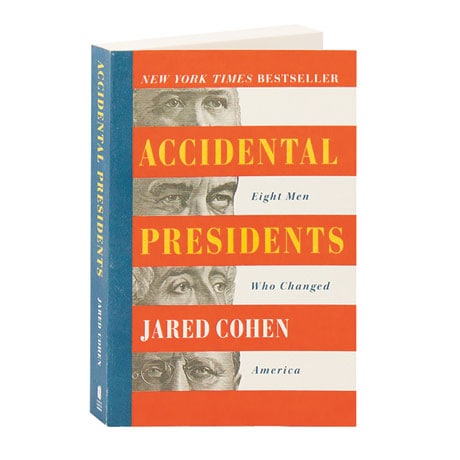 Eight men have succeeded to the presidency when the incumbent died in office, and in one way or another each has changed our history, avers Jared Cohen in this intriguing group portrait. Profiled individually, here are Theodore Roosevelt and Lyndon Johnson—who likely would have made their mark regardless—alongside Harry Truman and Calvin Coolidge, low-key figures who stepped up to become formidable presidents in their own right. Cohen also revisits presidents who were (rightly or wrongly) condemned by history, surveying the administrations of Andrew Johnson, John Tyler, Millard Fillmore, and Chester Arthur.

"What a delightful book and brilliant concept. Jared Cohen treats us to some of the most colorful and momentous episodes in our history."—Walter Isaacson