Everything Under The Heavens: How the Past Helps Shape China's Push for Global Power 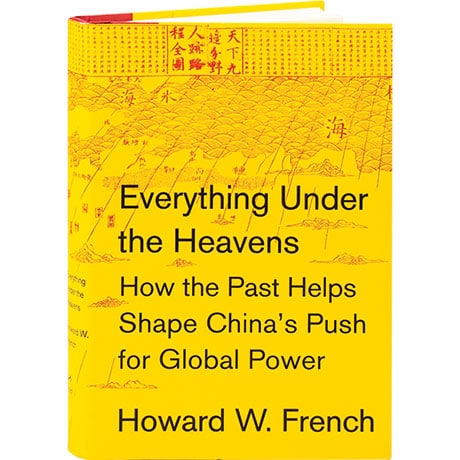 Everything Under The Heavens: How the Past Helps Shape China's Push for Global Power

For many years after its reform and opening in 1978, China maintained an attitude of false modesty about its ambitions. In the 21st century, however, China has asserted its place among the global heavyweights, revealing its plans for pan-Asian dominance by building its navy, increasing territorial claims to areas like the South China Sea, and diplomatically bullying smaller players. It is a conscious attempt to restore the dynastic glory of the past, and Howard French argues that if we understand how that historical identity relates to current actions, in ways ideological, philosophical, and even legal, we can wisely and effectively deal with the global power China stands to become.