Shoot For The Moon: The Space Race and the Extraordinary Voyage of Apollo 11 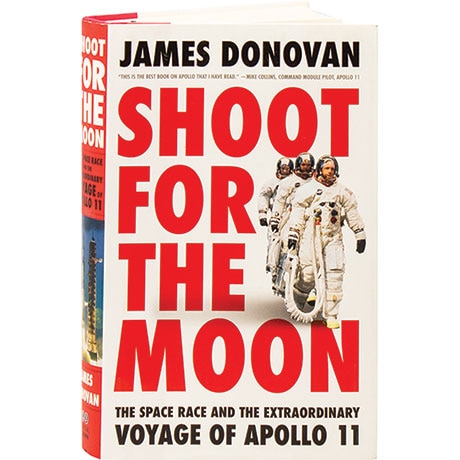 Shoot For The Moon: The Space Race and the Extraordinary Voyage of Apollo 11

On July 20, 1969, Neil Armstrong and Buzz Aldrin became the first humans to walk on the moon. One of the world's greatest technological achievements—and a triumph of the American spirit—the Apollo 11 mission was a mammoth undertaking involving more than 410,000 men and women dedicated to winning the space race against the Soviets. Set amid the tensions and upheaval of the 1960s and the Cold War, James Donovan's history is a gripping account of the dangers, the challenges, and the sheer determination that defined not only Apollo 11, but also the Mercury and Gemini missions that came before it.