The Storied City: The Quest for Timbuktu and the Fantastic Mission to Save Its Past 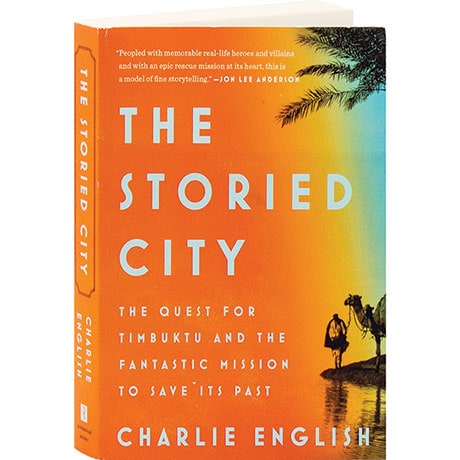 The Storied City: The Quest for Timbuktu and the Fantastic Mission to Save Its Past

To Westerners, the name "Timbuktu" long conjured a tantalizing paradise, and beginning in the late 18th century, explorers tried repeatedly to reach the fabled city. But as Charlie English relates here, one expedition after another went disastrously awry, succumbing to attack, the climate, and disease. The real Timbuktu was rich in knowledge, home to thousands of ancient manuscripts, and when al-Qaeda-linked jihadists surged across Mali in 2012, threatening the existence of these precious documents, a remarkable thing happened: a team of librarians and archivists joined forces to spirit the manuscripts into hiding. English expertly twines these two suspenseful strands into a fascinating account of one of the planet's extraordinary places, and the myths from which it has become inseparable.