American Sanctuary: Mutiny, Martyrdom, and National Identity in the Age of Revolution 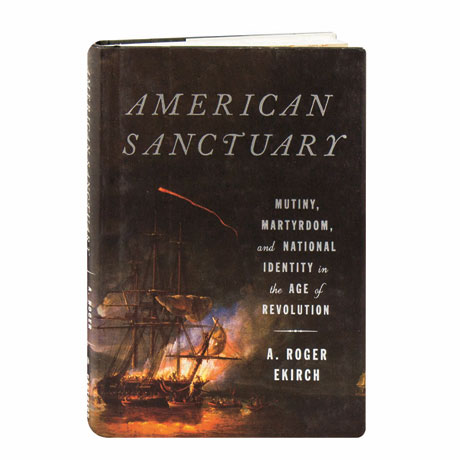 American Sanctuary: Mutiny, Martyrdom, and National Identity in the Age of Revolution

Four thousand miles from England, the HMS Hermione was the scene of a bloody 1797 mutiny that resulted in the deaths of the captain and most of the officers; fearing reprisal, mutineer Jonathan Robbins fled to the United States, where he revealed his American citizenship and pleaded for protection. As Roger Ekirch reveals here, President John Adams nonetheless allowed the sailor's extradition, and the British subsequently hanged him; Thomas Jefferson, the Congress, and the American public soon questioned the wisdom of Adam's decision. Here Ekirch lays out in full detail the story of how the Robbins affair and the presidential campaign of 1800 inflamed the new nation and set in motion a constitutional crisis, resulting in Adams's defeat and Jefferson's election as president.

"Although Roger Ekirch brings to this fascinating account of mutiny, martyrdom, and politics in the early American Republic the imagination and flair of a seasoned novelist, he is actually a superb historian; and the story he tells about America as the asylum for the oppressed of the world two centuries ago is not only true but timely."—Gordon S. Wood