Every Man A King: A Short, Colorful History of American Populists 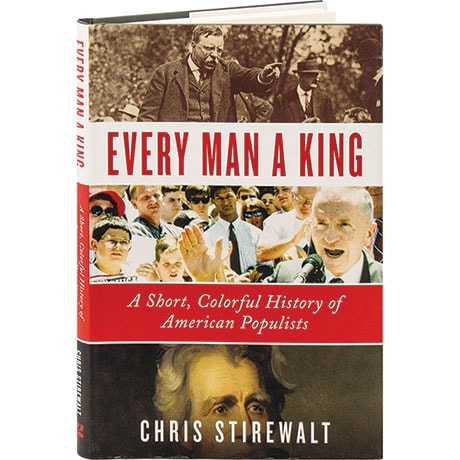 Every Man A King: A Short, Colorful History of American Populists

Whatever the ideological fad of the moment, American populism has always been home to a fascinating assortment of charismatic leaders, crusaders, cranks, conspiracy theorists, and sometimes charlatans who have led the charge of ordinary folks who have gotten wise to the ways of the swamp. With wit and an eye for the telling detail, Chris Stirewalt tells the stories of America's populist leaders, from an elderly Andrew Jackson brutally caning his would-be-assassin to Ross Perot's military-style campaign that made even volunteers wear badges with stars to show rank.