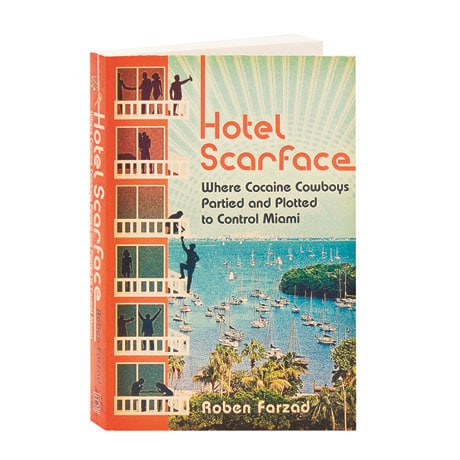 In the 1970s, cocaine hit Miami like a hurricane, and no place attracted dealers and dopers like the Mutiny Hotel. Rock stars and models flocked to the hotel's club to order bottle after bottle of Dom and to snort lines alongside addicts, hit men, and gunrunners, while upstairs, marathon orgies raged in the elaborate fantasy suites. But as the kilos—and bodies—began to pile up, the Mutiny became target number one for law enforcement. The host of NPR's Full Disclosure, Roben Farzad tells the stranger-than-fiction tale of the decadent hotel that embodied Miami's cocaine-fueled heyday, and inspired the legendary film Scarface.