The Invisible Emperor: Napoleon on Elba From Exile to Escape 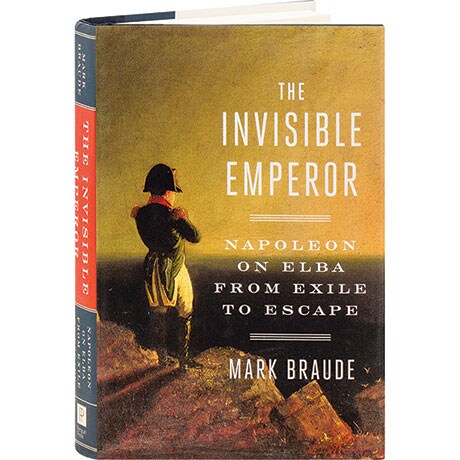 The Invisible Emperor: Napoleon on Elba From Exile to Escape

Having overseen an empire spanning half of Europe and governed the lives of some 80 million people, a defeated Napoleon Bonaparte was exiled to Elba, less than 100 square miles of territory. But in less than a year, Napoleon charmed his captors and escaped the island with just of over a thousand supporters in tow, landed near Antibes, marched to Paris, and retook the Tuileries Palace—all without firing a shot. Not long after, thousands of people would die fighting for and against him at Waterloo. With novelistic relish, Mark Braude dramatizes this strange exile and improbable escape in detail and with novelistic relish, offering sharp new insights into a largely overlooked moment.