Voices: The Final Hours of Joan of Arc 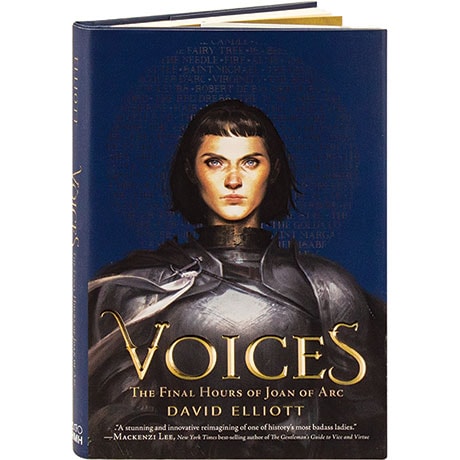 Voices: The Final Hours of Joan of Arc

Variously considered a warrior, a witch, a saint, and a symbol, Joan of Arc was first and foremost a girl. Told through medieval poetic forms and in the voices of the people and objects in Joan of Arc's life, (including her family and even the trees, clothes, cows, and candles of her childhood), David Elliott's inspired novel in verse for readers 9 to 12 offers an unforgettable perspective on an extraordinary young woman. Along the way, this "ethereal, wondering, and poignant" portrait (Kirkus Reviews) explores such issues as gender, misogyny, and the peril of speaking truth to power.