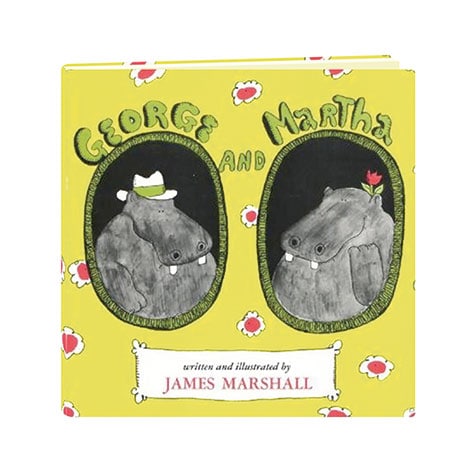 Posthumously honored with the Laura Ingalls Wilder Medal (now the Children's Literature Legacy Award) for his "substantial and lasting contribution to literature for children," James Marshall began his career in 1972 with this first of his George and Martha books for readers 4 to 7, a New York Times Best Illustrated Book of the Year that inspired an animated television series and a theatrical musical. These two lovable hippopotami have five adventures here, involving pea soup (which Martha loves to make but George hates to eat), a hot air balloon, a bad habit of peeking into windows, another bad habit of gazing into mirrors, and George breaking his favorite tooth, all captured in Marshall's droll text and his distinctive ink and watercolor cartoons.