The Big Burn: Teddy Roosevelt and the Fire that Saved America 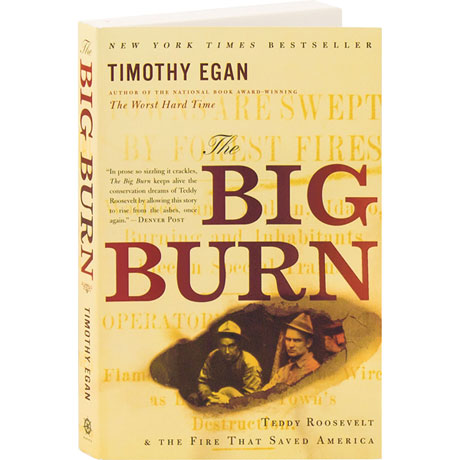 The Big Burn: Teddy Roosevelt and the Fire that Saved America

In his National Book Award winner The Worst Hard Time, Timothy Egan put the environmental disaster of the Dust Bowl at the center of a rich history, told through his vivid portraits of real people. Similarly, in this "can't-put-it-down history" (Walter Cronkite), Egan chronicles the windswept wildfire that began on August 20, 1910, through the experiences of those who fought it. The largest American wildfire ever recorded, consuming three million acres of forest in two days, it cemented the heroism of the Forest Service in the public mind and galvanized Teddy Roosevelt's campaign for public lands, despite the robber barons who fought him tooth and nail.