People Kissing: A Century of Photographs 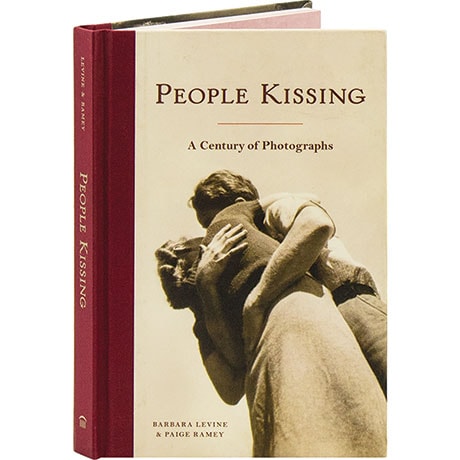 People Kissing: A Century of Photographs

Though common, kissing was once a private affair, depicted occasionally on Greek pottery or works of art. With the advent of photography however, followed by the picture postcard and the movie screen, images of kissing began circulating far and wide. Barbara Levine and Paige Ramey—avid curators of vernacular photos, as seen in albums like People Fishing, People Knitting, and Snapshot Chronicles—here present a hundred years of kisses caught on film, from innocent pecks between parents and kids to smoldering smooches between lovers of all kinds, as well as celebrity kisses for Marilyn Monroe and Arthur Miller, Martin Luther King Jr. and Coretta Scott King, and Andy Warhol and John Lennon.