The Beatles In 100 Objects : What Made the Fab Four Fab 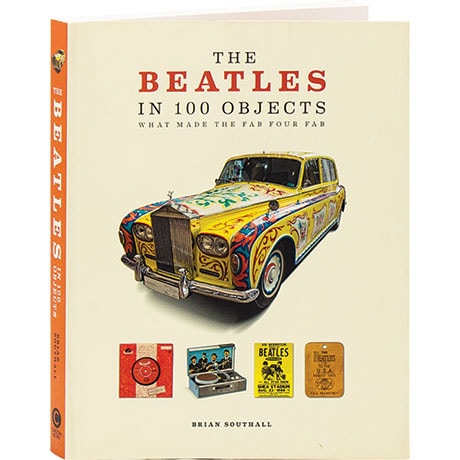 The Beatles In 100 Objects : What Made the Fab Four Fab

John Lennon's Rolls-Royce, decorated like a carnival ride; Paul McCartney's violin-shaped Hofner bass guitar; George Harrison's wildly painted guitar "Rocky"; Ringo's tailored six-button double-breasted jacket—this book charts the rise and the astounding fame of the Beatles in 100 specific objects. Each is photographed in color, and described in detail on the facing page, occasionally with additional objects. Along with tickets and posters, handwritten notes and clippings of scripts, you'll find some of their earliest records, their zippered Cuban-heeled "Beatle boots," their 1964 Grammy Award for "A Hard Day's Night," and the drum from the cover of Sgt. Pepper's Lonely Hearts Club Band.