The Teacup & The Skullcup: Where Zen and Tantra Meet 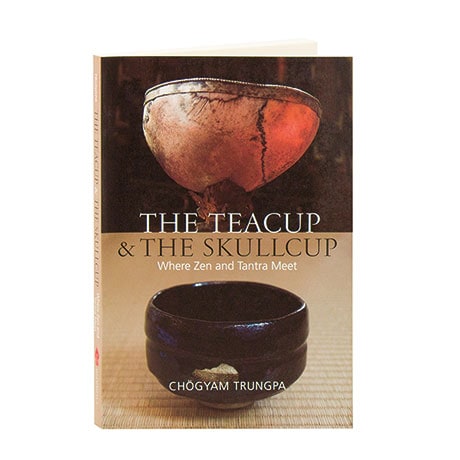 The Teacup & The Skullcup: Where Zen and Tantra Meet

Although Chögyam Trungpa belonged to the tantra tradition, he acknowledged the strength and discipline gained from Zen influence. Collected here are two lectures that Trungpa gave in 1974, discussing the differences in style, feeling, and emphasis that distinguish the two paths and shows what each one might learn from the other. Also included are Trungpa Rinpoche's commentary on the Ten Oxherding Pictures and an essay he composed in memory of Shunryu Suzuki Roshi, a close friend with whom he continually exchanged ideas for furthering buddha dharma in America.