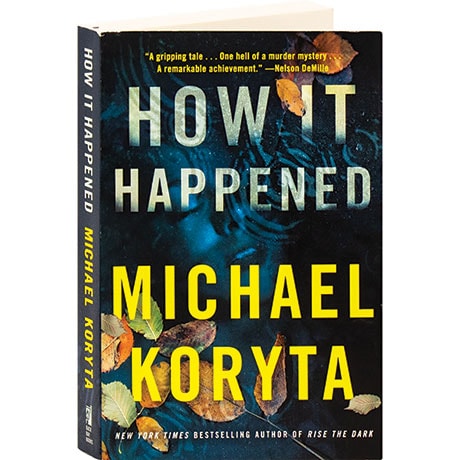 Kimberly Crepeaux is a jailhouse snitch, teen mother, and heroin addict whose petty crimes are well-known in rural Port Hope, Maine. When she confesses her role in the stabbing death of Jackie Pelletier and Ian Kelly, no one believes her except FBI interrogator Rob Barrett. He knows her grisly story is true and stakes his reputation on it, but when the bodies turn up 200 miles away, shot in the back and covered in someone else's DNA, the case is closed and Barrett is reassigned. His career all but over, he tries to help Jackie's grieving father by finding the lost answers—and realizes he's up against the one man who has taken delight in torturing him ever since they were children.

"Cool and cunning … the story feels like the real deal…. [It] gives me goose bumps, a credit to [Michael] Koryta's descriptive powers."—NYTBR