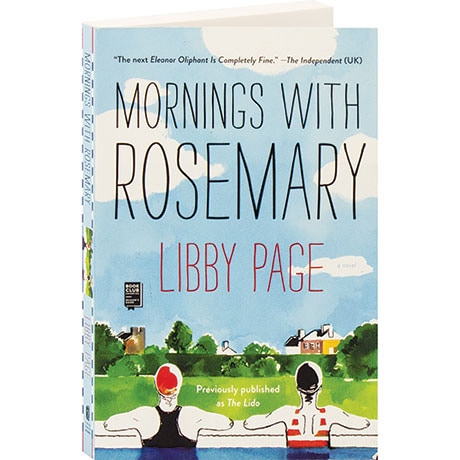 Rosemary Peterson has lived in London's Brixton neighborhood all her life, though the library where she worked is gone, the family grocer's has become a trendy bar, and the lido, an outdoor pool where she's swum daily since the 50s, is due to be closed by a housing developer. The pool was where Rosemary fell in love with her husband George, and where she found community during their marriage and since George's death. Also in Brixton is young Kate Matthews, once a promising writer who now covers forgettable stories for the local paper—until she's sent to write about the lido's closing, and discovers Rosemary. Originally published as The Lido, Libby Page's debut shows we're never too old to make new friends, or make a difference.