One Giant Leap: The Impossible Mission That Flew Us to the Moon 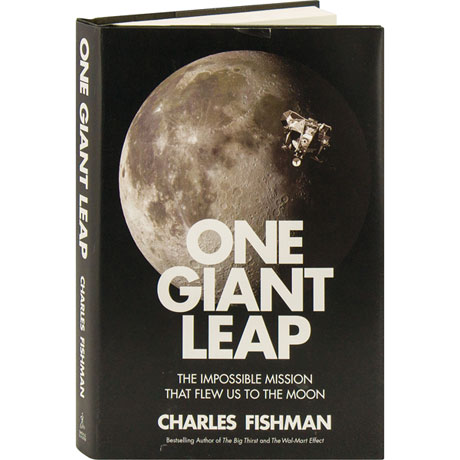 One Giant Leap: The Impossible Mission That Flew Us to the Moon

John F. Kennedy astonished the world on May 25, 1961, when he announced to Congress that the United States should land a man on the moon by 1970. Nobody was more surprised than the scientists and engineers at NASA, who suddenly had less than a decade to invent space travel. Neil Armstrong became a hero when he set foot on the moon, but here Charles Fishman introduces the men and women who had to solve 10,000 problems before he could even leave the ground. From the research labs of MIT to the factories where women made spacesuits, parachutes, and even computer hardware by hand, Fishman captures the exceptional feats of these ordinary Americans.