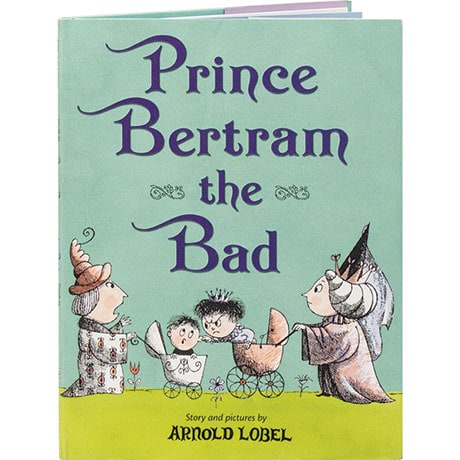 Once upon a time, a prince was born, and the kingdom was excited and proud. But Prince Bertram was not a thoughtful boy; he broke all of his toys, put spiders in the soup, and pulled up all the roses in the royal garden. If that wasn't bad enough, he loved to shoot pebbles at townsfolk with his peashooter! As each year passed, he grew naughtier, until the day a witch cast a spell on him for his bad behavior. Will Bertram learn to be kind and eventually break the curse? Using graphite, ink, and watercolor, the creator of the beloved Frog and Toad series works his usual magic in this 1963 tale for readers 4 to 7.