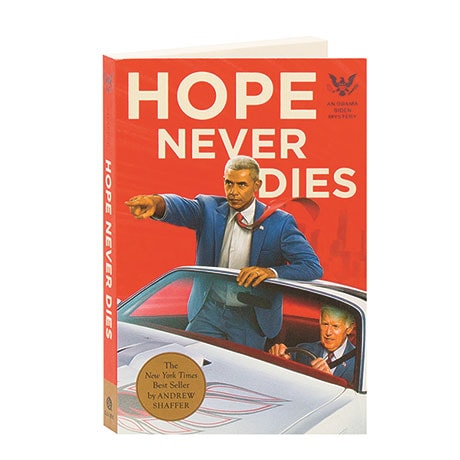 They were out of the White House (at the time, anyway!) but they were still eager to tackle America's problems. Forget about Holmes and Watson, because in this witty, affectionately written series, President Barack Obama team ups with Vice-President Joe Biden to solve crimes.

When his favorite railroad conductor dies in a suspicious accident, leaving behind an ailing wife and a trail of clues, "Amtrak Joe" Biden re-teams with the only man he's ever fully trusted: the 44th president of the United States. Together they plumb the darkest corners of Delaware, traveling from cheap motels to biker bars and beyond, to unravel the mystery and uncover the sinister forces advancing the opioid epidemic.