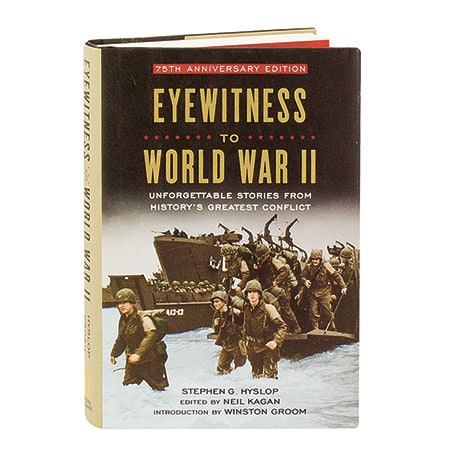 Often the story of World War II has been told with 20-20 hindsight, but here it is chronicled through the words of those who lived it, creating a suspenseful and dramatic tapestry of the wartime experience. Collected in chronological order, the personal writings and recollections of Roosevelt, Hitler, and Patton are combined with soldiers' letters and diaries of women serving in the military at home. Dozens of archival photographs appear throughout the book, captured by such photojournalists as Dorothea Lange, Margaret Bourke-White, Alfred Eisenstaedt, and W. Eugene Smith.