The Irony Of Modern Catholic History: How the Church Rediscovered Itself & Challenged the Modern World to Reform 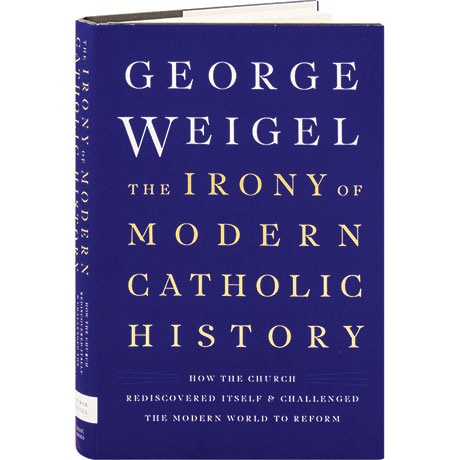 The Irony Of Modern Catholic History: How the Church Rediscovered Itself & Challenged the Modern World to Reform

Throughout much of the 19th century, both secular and Catholic leaders assumed that the Church and the modern world were locked in a battle to the death. The triumph of modern ideas would not only finish the Church as a consequential player in world history, it was commonly believed, it would also lead to the death of religious conviction worldwide. But as the author of Witness to Hope details here, the Catholic Church is far more vital and consequential today than it was 150 years ago; by confronting change, it rediscovered its evangelical essence.

"Weigel is at once highly intellectual and thoroughly accessible as a writer as well as balanced and opinionated.... A must-read book for Catholics and devotees of religious history."—Kirkus Reviews (starred review)