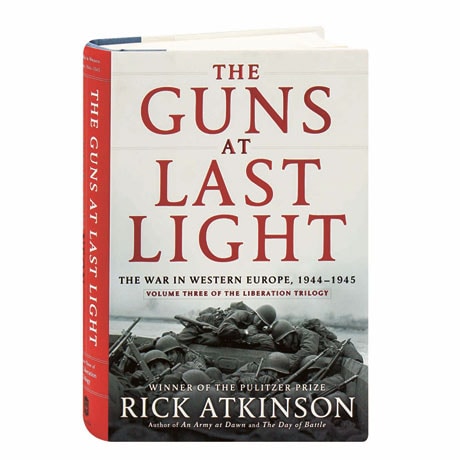 This is the brilliant conclusion to Pulitzer Prize winner Rick Atkinson's Liberation Trilogy, chronicling the Allied triumph in Europe during World War II. Having recounted how the American-led coalition fought through North Africa and Italy to the threshold of victory, here he describes the titanic battle for Western Europe inaugurated by the D-Day landings on the beaches of northern France. The brutal fight in Normandy, the liberation of Paris, the disaster that was Operation Market Garden, the horrific Battle of the Bulge, and the final thrust to the heart of the Third Reich all come alive with a wealth of new material and a fascinating cast of characters.

"A tapestry of fabulous richness and complexity.... Atkinson is a master of what might be called 'pointillism history,' assembling the small dots of pure color into a vivid, tumbling narrative.... The Liberation Trilogy is a monumental achievement, about 2,500 pages in all, densely researched but supremely readable."—NYTBR