The History Of Chess In Fifty Moves 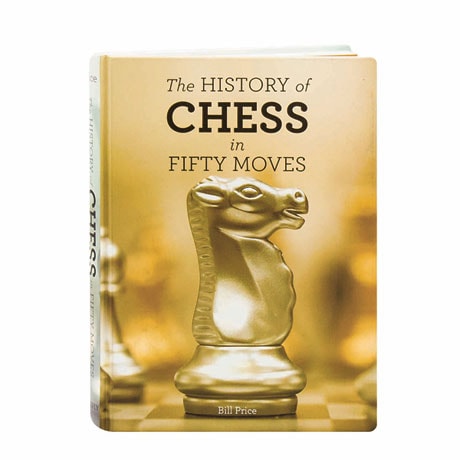 The History Of Chess In Fifty Moves

As much as it forms a political or military battleground in miniature, chess also reflects the history of civilization itself, with clear roots reaching back 1500 years. That progress is charted here in 50 brief chapters—illustrated with 150 color photos, artworks, and diagrams—beginning with board games in Egypt and East Asia that spread along silk trade routes. From its most obvious ancestor, the Indian game chaturanga, Bill Price traces chess through Africa, Russia, and Europe, where it takes the form we know today. He chronicles great players and matches, trends and patterns of play, intersections of chess with codes and computers, and how chess is played in the internet era.