On Her Majesty's Frightfully Secret Service: A Royal Spyness Mystery 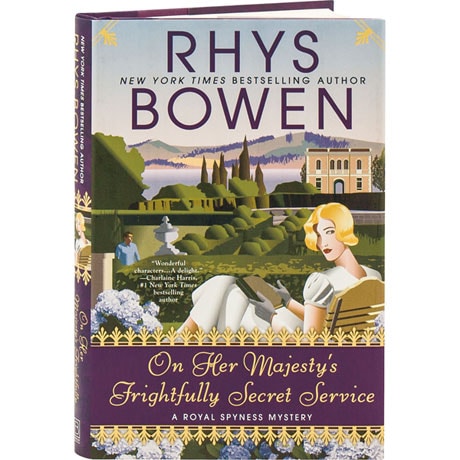 On Her Majesty's Frightfully Secret Service: A Royal Spyness Mystery

When royal sleuth Georgie Rannoch receives a letter from her friend Belinda, who's in an Italian villa awaiting the birth of her illegitimate baby, she yearns to run to her side. After her cousin the queen asks her to attend a house party in the Italian Lake Country, Georgia has found a way to visit Belinda as well. The Prince of Wales and the dreadful Mrs. Simpson have been invited, and Her Majesty is anxious to thwart a possible secret wedding. Following Crowned and Dangerous, Georgie's 11th outing is as complicated as could be, as her mother asks a very difficult favor, a murder occurs, and her beau Darcy returns from a secret mission and warns that war with Germany is looming. "An insightful blend of old-fashioned whodunnit, clever satire and drawing room comedy of errors."—Jacqueline Winspear

"Brilliant…. This is so much more than a murder mystery. It's part love story, part social commentary, part fun and part downright terrifying. And completely riveting."—Louise Penny