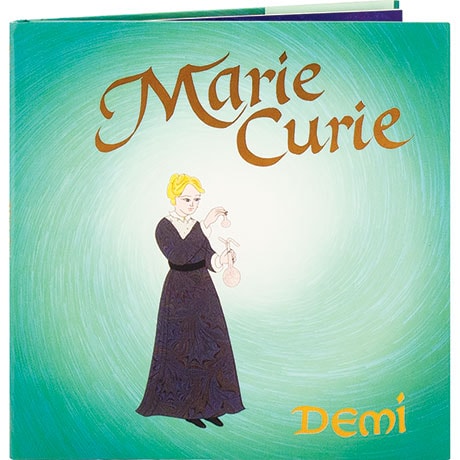 She was born Maria Salomea Sklodowaska, and her family called her Manya, but the world remembers her as Marie Curie, one of the greatest scientists who ever lived. In a time when few women attended college, Curie earned degrees in physics and mathematics, discovered two elements, and twice earned the Nobel Prize. Introducing readers 5 to 8 to this brilliant trailblazer, Demi depicts scenes from Curie's life in ornamental, somewhat folksy watercolors and mixed media. The book also includes a timeline, a glossary, and suggestions for further study.