The Devil In Her Way 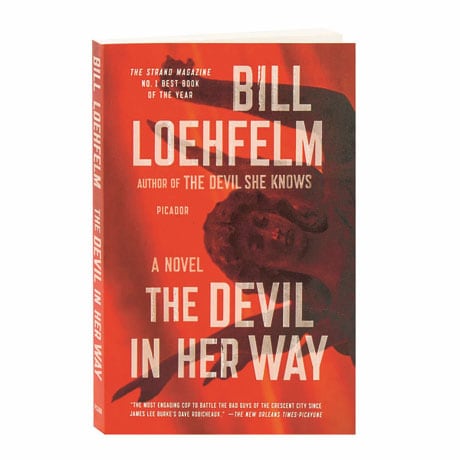 The Devil In Her Way

As she makes the transition from cocktail waitress to member of the New Orleans police force, Maureen Coughlin finds her life changing in more ways than one, and it hasn't gone as smoothly as she'd hoped. To her commanding officer's amusement, Maureen kicks off her final week of field training by taking a punch to the face as a panicked suspect flees an apartment building, leaving behind several guns and a stash of marijuana. But out on the streets, Maureen sees something transpire that leaves her shaken, and in her second outing (after The Devil She Knows), she's sure there's more to this story than meets the eye, and she embarks on a dangerous hunt for answers in Crescent City's darkest, most hidden corners.

"Bill Loehfelm, a rising star in crime fiction, just keeps rising higher…. Maureen Coughlin is a hero for the ages."—Laura Lippman "[This book] is nothing short of terrific. An absolutely original voice, and a story that grabs you by the throat and doesn't ever, ever, ever even think of letting go."—John Lescroart

"[This] is not only Bill Loehfelm's best book yet—it may just be the best mystery novel to come out of post-Katrina New Orleans since James Lee Burke's The Tin Roof Blowdown. I can offer no higher praise than to say that I finished it and wanted to read more. A gem."—John Connolly