From A Polish Country House Kitchen: 90 Recipes for the Ultimate Comfort Food 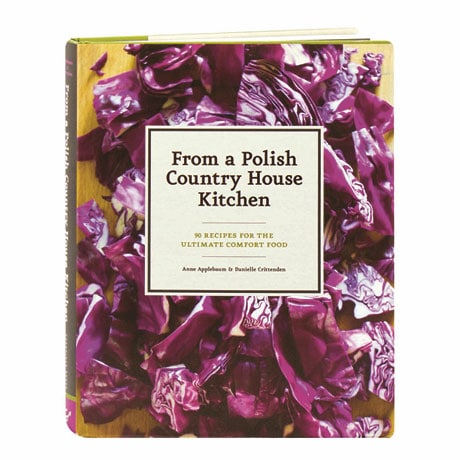 From A Polish Country House Kitchen: 90 Recipes for the Ultimate Comfort Food

Pulitzer Prize-winning historian Anne Applebaum has lived in Poland since before the fall of communism, and here she goes beyond the clichés about boiled potatoes to present 90 recipes that are truly characteristic of the cuisine of her adopted country. Among the exotic comfort foods here are Roast Chicken with Clementines, Herring with Lime and Raspberries, Fruit Pierogis, Apple Latkes, Orange Saffron Rum Cake, and Honey and Ginger-Spiced Vodka. Applebaum's text delves into a fascinating, resilient culture still little-known in the West, and this book's 150 uncommonly artful photographs depict these dishes as well as the Polish people, their markets, and the landscape.

"This is Polish food for the modern palate: All of the flavors you would expect—sour pickles, tart beets, flavorsome game, bittersweet poppy seed—but lighter, fresher, and easier than ever before."—Nigella Lawson