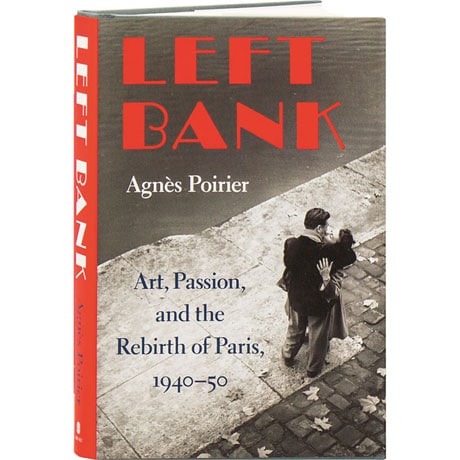 During the Occupation and in World War II"s aftermath, Paris experienced one of its most trying, significant, and ultimately triumphant eras, and as Agnès Poirier suggests here, the Rive Gauche—the legendary Bohemian paradise known as the Left Bank—was the cultural heart of it all. Focusing particularly on the writers, Poirier gives us the human drama behind Richard Wright's Native Son, Simone de Beauvoir's The Second Sex, Samuel Beckett's Waiting for Godot, James Baldwin's Giovanni's Room, and Albert Camus's The Stranger. Illustrated with 8 pages of photos, this history evokes the heyday of Existentialism and bebop, and teems with such figures as Picasso, Sartre, Mailer, Koestler, and Giacometti.

"[Poirier] offers a gossipy, well-informed cultural history of her native Paris, beginning in 1938, with Europe on the brink of war, and ending in 1949, with the Marshall Plan in effect to help the continent recover. Organizing the book chronologically, she follows the lives of artists, writers, musicians, publishers, and performers?mostly French and American?deftly creating 'a collage of images, a kaleidoscope of destinies' from memoirs, histories, biographies, and the writers' own prolific work…. An animated, abundantly populated history of dramatic times."—Kirkus