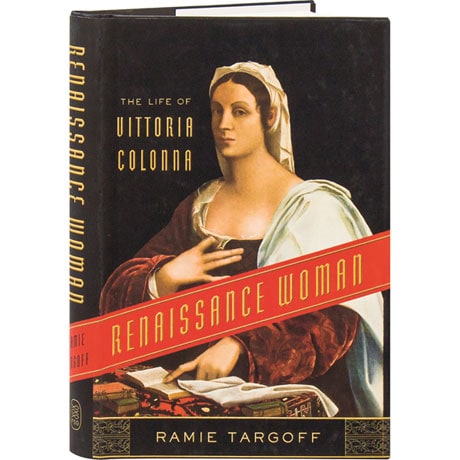 One of the most remarkable women of the Italian Renaissance, Vittoria Colonna, Marchesa of Pescara (1490-1547) has long been celebrated as Michelangelo's best friend—the two of them exchanged beautiful letters, poems, and works of art that bear witness to their intimacy—but she also had close ties to Charles V, Pope Clement VII, Baldassare Castiglione, and Queen Marguerite de Navarre, among others. Through both her marriage and her own talents, Vittoria was a critical political actor and negotiator in many of the era's major events; as a widow, she became the first woman to publish a book of poems in Italy, and as Ramie Targoff explains here, she launched a revolution for Italian women's writing.

"I was engrossed, inspired, and moved by the story of this groundbreaking, contradictory, and overlooked literary figure. Ramie Targoff brings Vittoria Colonna to life with a novelist's flair for plot, detail, and character. Her passion for her subject is contagious, and her analysis of Renaissance culture is both scrupulous and empathetic, at once erudite and richly dramatic."—Jhumpa Lahiri