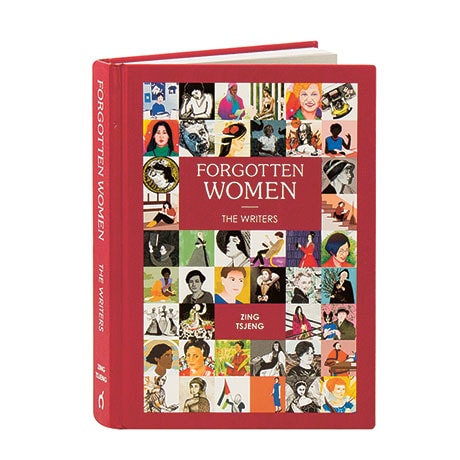 The UK editor of the women's issues channel Broadly at Vice.com, Zing Tsjeng launched this series to uncover the forgotten histories of women who refused to accept the submissive roles they were dealt, setting out instead to reshape the future. In each book, Tsjeng gives us evocatively illustrated profiles of 48 such women, with assistance from the New Historia initiative and artists of the Women Who Draw directory.

In this gynocentric history of literature you'll discover Aemilia Lanyer, Shakespeare's contemporary, whose polemical rewrite of Paradise Lost is regarded as one of the earliest feminist tracts; the Girl Stunt Reporters, who went undercover to write exposés on the ills of 1890s America; Murasaki Shikibu, whose epic Tale of Genji is the first novel ever written; and Sarojini Naidu, the freedom fighter and "Nightingale of India" whose poetry echoed her desire for Indian independence.