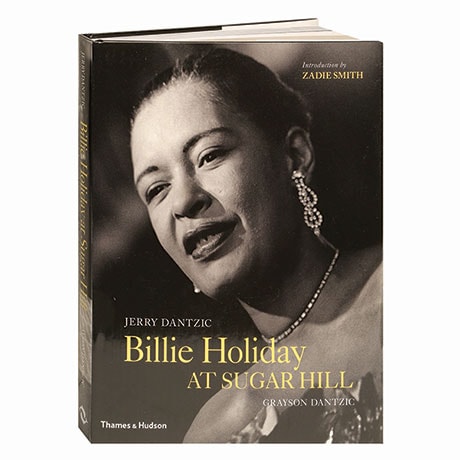 In 1957, New York photojournalist Jerry Dantzic spent time with the iconic singer Billie Holiday during a week-long run of performances at the Newark, New Jersey, nightclub Sugar Hill. The resulting images offer a rare behind-the-scenes glimpse of Billie with her family, friends, and her pet chihuahua, Pepe. The 90 photos here capture Holiday in performance, but also playing with her godchild, washing dishes, walking the streets of Newark, and waiting backstage. Later that same year, Dantzic photographed her in color at the second New York Jazz Festival at Randall's Island. In her introduction, Zadie Smith evokes Lady Day herself and shows us what she sees as she inhabits these images.