A Brief History Of The Tudor Age 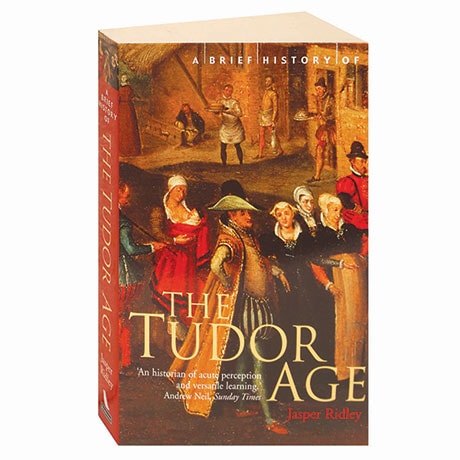 A Brief History Of The Tudor Age

Beginning with the arrival of Henry Tudor and his army at Milford in 1485 and ending with the death of Queen Elizabeth I in 1603, Jasper Ridley offers an account of an eventful and contradictory age. Encompassing such colorful figures as Henry VIII and Mary, Queen of Scots, this history contrasts the life of palaces, grand tournaments, and English drama with the harshness of peasant life, terrible roads, a vast underclass, the harsh treatment of heretics and traitors, and the misery of the Plague. Ridley draws together all the strands of Tudor social life into a tapestry of its agriculture, education, clothing, cuisine, sports, and warfare, bringing a romanticized era into sharp focus.