Conquistadors: Searching for El Dorado, The Terrifying Spanish Conquest of the Aztec and Inca Empires 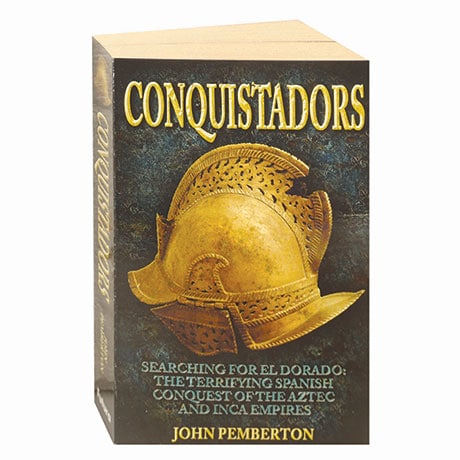 Conquistadors: Searching for El Dorado, The Terrifying Spanish Conquest of the Aztec and Inca Empires

In the 16th century, the King of Spain ordered his soldiers to find gold, spread the word of Christianity, and claim new territories for Spain. The conquistadors, as they became known, set off into the world to do just that, and their amazing journeys took them from Florida to Machu Picchu via the Amazon and Lake Titicaca. Their epic voyages revolutionized world geography and commerce, but as John Pemberton details here, the conquistadors also perpetrated massacres and rapes, established a foothold for slavery in the New World, and killed untold thousands through the spread of European diseases.