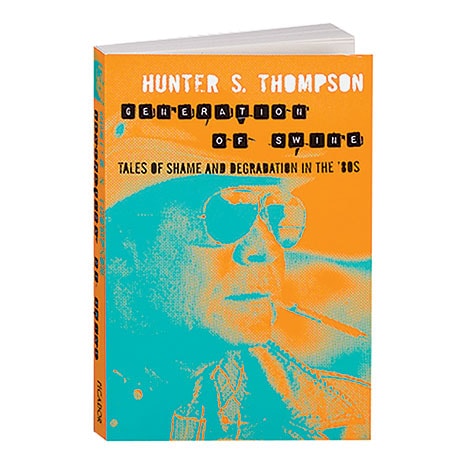 Collecting the best of Hunter S. Thompson's weekly columns for the San Francisco Examiner, this is the second volume of The Gonzo Papers. Against a backdrop of late-night tattoo sessions and soldier-of-fortune trade shows, Thompson is at his apocalyptic best, covering such events as the 1988 Republican presidential run-up, with VP George H.W. Bush fighting for his political life against the likes of Al Haig, Pat Buchanan, and Pat Robertson. Thompson also details the GOP's obsession with drugs and drug abuse, the long shadow of well-funded television evangelists, and social phenomena like the rise of cable, satellite TV, and the 24-hour news cycle of CNN.