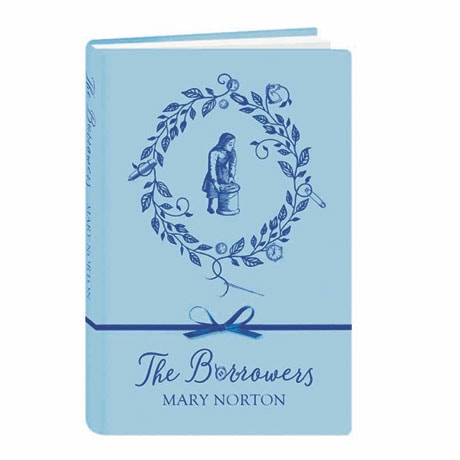 Where do all the little things we lose actually go? The tiny Clock family—Pod, Homily, and their daughter Arriety—live in hiding among the "human beans," from whom they "borrow" things like matchboxes (for dressers), postage stamps (for artwork), and the occasional pin cushion-topped trinket box (for a settee). Introduced in this 1952 Carnegie Medal winner, these very small people have some very big adventures in Mary Norton's delightful novel for readers 7 to 10 and younger listeners, which led to four sequels and numerous film and television adaptations. This gift edition features a cloth cover with a ribbon detail and the original British illustrations by Diana Stanley.